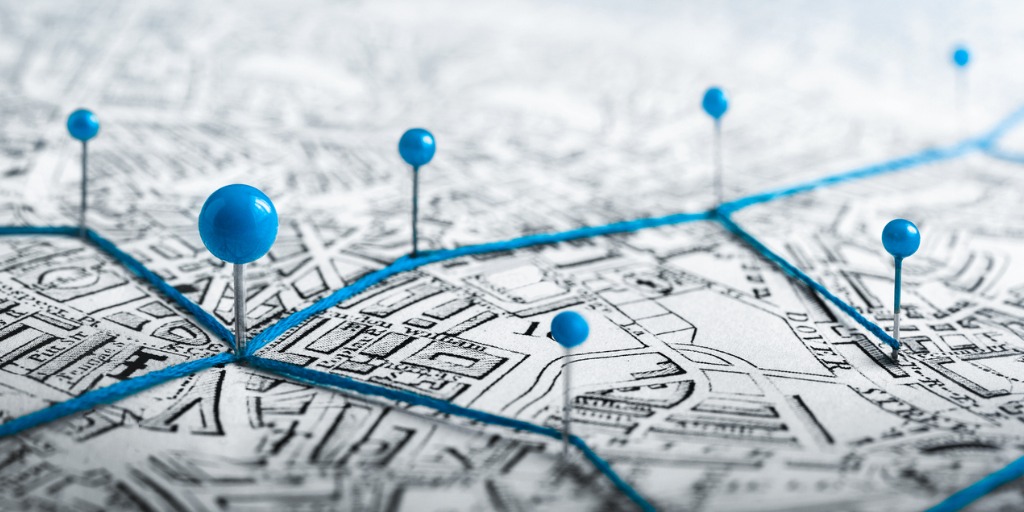 Mapbox was an early innovator in mapping technology, but the market has changed with deep-pocketed entrants who have taken what the open-source community (OSM) has learned and what Mapbox started and remixed it into their own.

In 2020, Amazon Location Services (ALS) launched to enable developers to add location data to applications - directly threatening Mapbox’s core underlying business. ALS enables organizations to embed capabilities including points of interest, maps, geocoding, routing, geofencing, and asset tracking. Similar to Mapbox - both in terms of product capabilities and services - their core use cases include user engagement & geomarketing, asset tracking, and delivery. Unlike Mapbox, ALS is integrated with Amazon CloudWatch, Amazon CloudTrail, and Amazon EventBridge. This is an important consideration because Mapbox runs on Amazon Web Services. So, if Amazon can replicate the same functionality of the Mapbox product line, since ALS integrates with open source map SDKs like Mapbox, this could pose a direct competitive threat to Mapbox’s top line. With that said, most of Mapbox’s current revenue is from automotive and consumer use cases that heavily rely on customization as their main decision driver. What this may imply is that Amazon could surpass Mapbox at infrastructure and backend analytics (such as route optimization, asset tracking, and dispatch management) but Mapbox will continue to win on frontend design and visualization techniques. This is important given the challenge of strong map-design.

Another key consideration when reviewing Amazon is its recent $1 billion acquisition of Zoox. Zoox’s main product is a bi-directional autonomous vehicle. In December 2020 Zoox unveiled its “fully autonomous electric ride-sharing vehicle, along with its vision for the future of urban mobility.” Much like Uber and Lyft today, the team plans to build a consumer facing application that will enable passengers to hail an autonomous vehicle. While superficially similar to other ride sharing companies, at a fundamental level transportation companies are mapping companies. With this in mind, it is reasonable to assume that a key driver in the decision making process was the IP that was being developed for Zoox vehicles that Amazon will now leverage for spinning up a fully autonomous operations fleet.

Now that we have covered data, platforms, and logistics the last theme we will want to explore is AR. This is being led by three main companies: Facebook, Snapchat and Apple.

‍In 2016, Facebook revealed it was working on population mapping, using computer vision algorithms, to identify human-built structures. This was in an effort to understand where people are distributed, what percentage of the population has access to the internet in specific locales, and - based on those findings - where Facebook should invest resources. They are doing this by using real-time maps powered by satellite imagery, computer vision, census data and Facebook’s proprietary data. For example they used their system to map all the previously unmapped roads in Thailand - more than 300,000 miles worth.

At a high level, Facebook has made investments into deep learning, open data, and AR technologies (including Oculus) as a precursor to powering the next-generation of social engagement and connection. In 2020, Facebook acquired a Swedish cartography company called Mapillary, which specializes in building immersive, up-to-date maps. Facebook explicitly said the acquired technology would be used in developing virtual reality products.

Facebook is currently working on building a spatial computing platform, in an effort to catalyze the next shift in personal computing. In 2020 the team acquired Scape for $40 million for its Visual Positioning System. Scape’s Vision Engine is enabled by a large-scale mapping pipeline that creates 3D maps from images and videos.‍

Another notable player in the mapping space is Apple. After all, it was the iPhone 3G in 2008 that put GPS in the hands of millions of consumers for the first time. With the launch of iOS 6 in 2014, Apple made the decision to separate its products from Google Maps as the default mapping option. Then, when Apple launched its own set of Maps, it was considered a failure due to the poor data quality and user experience. Experts say this was a result of the team rushing to launch maps without considering the challenges that come from localization and collecting high-fidelity location data. Since then, the company has continued to make sizable investments into their mapping infrastructure - aggressively investing since 2018 when the company rolled out more detailed maps built from their own data.

The current speculation is that Apple is going to achieve data independence as a result of their indoor positioning system coupled with the telemetry data from the Apple watch. This is enabled by their Indoor Mapping Data Format (IMDF) which provides a comprehensive data model for any indoor location. The crux of Apple’s indoor positioning technology is to passively use the existing Wi-Fi infrastructure achieving GPS-level accuracy in indoor spaces using radio frequency patterns. This coupled with their depth map can indicate distance from the camera. This treats foreground and background elements of a photo differently by saving color and depth data separately, which would later be repurposed into metadata for AR.

In 2017, Snap launched Snap Map with Mapbox. The team chose to build on top of the Mapbox infrastructure for several reasons including its scalable infrastructure, ability to merge satellite imagery with vector layers, targeted caching, and GL technology. This was the first step in their long term strategy to “turn augmented reality into a monetization machine”. In February 2021, the company outlined a plan to recognize revenue growth using augmented reality over the next several years. Their bet is that augmented reality as a commerce and advertising platform will increase revenue. That is why they are focused on the camera as a way to better understand and interpret the scene.

The big technology companies have become the dominant force in mapping today with many doubling down as we digitize our physical world. In our next post we look at the new trends driving mapping as we move off the screen and augment our reality with information technology.