The world of mapping has changed dramatically over the past twenty years and we find ourselves living through a time where we can clearly see how these technical innovations laid the groundwork for future use cases and product development.

The world of mapping has changed dramatically over the past twenty years and we find ourselves living through a time where we can clearly see how these technical innovations laid the groundwork for future use cases and product development. 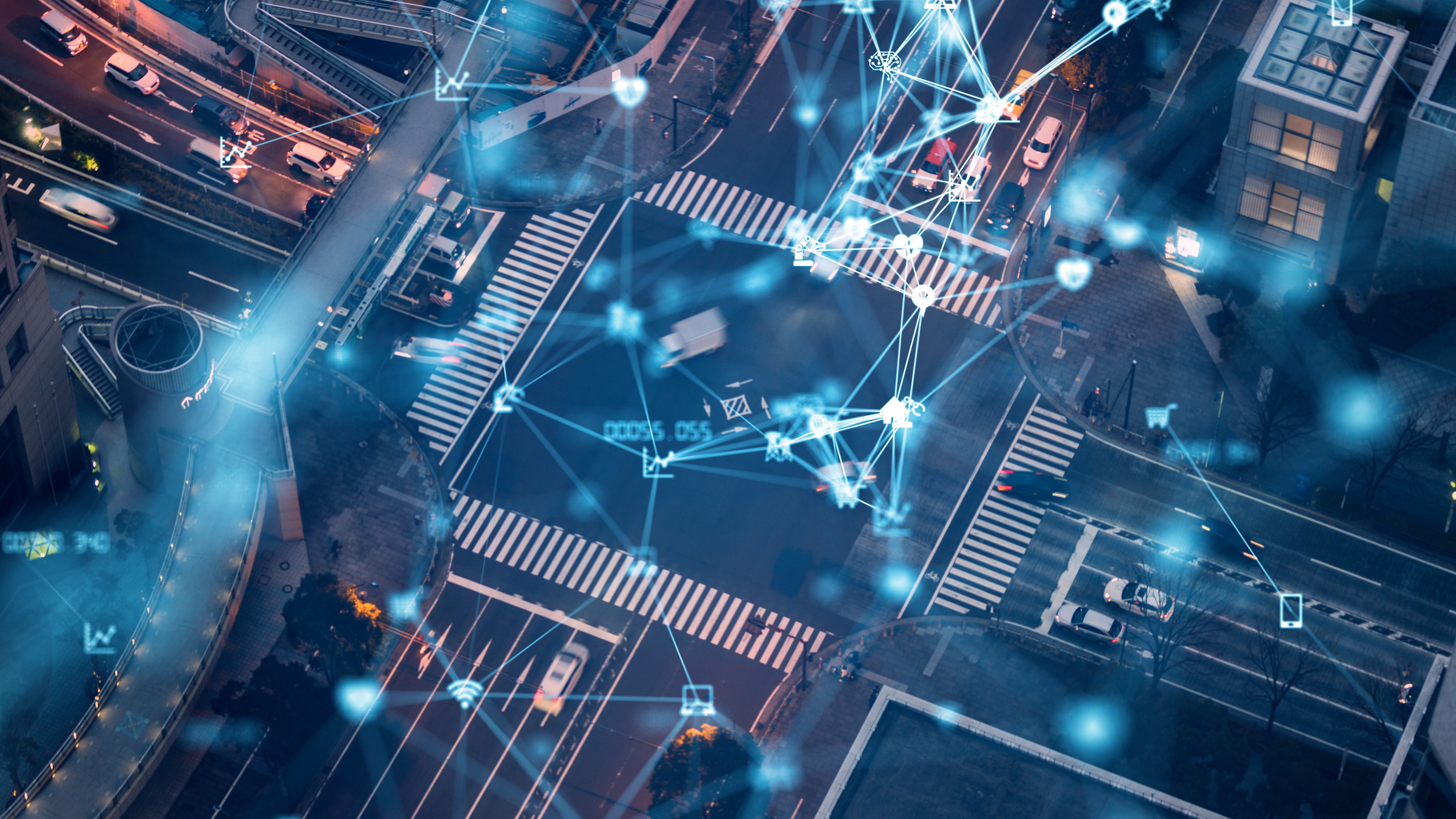 The world of mapping has changed dramatically over the past twenty years and we find ourselves living through a time where we can clearly see how these technical innovations laid the groundwork for future use cases and product development. Although the mapping space is often segmented into categories such as Enterprise Data Warehouse Software or Transportation Management Software, next-generation mapping will be part of the Media and Information Services industry with vertical ties to Augmented Reality, Mobility Tech, Mobile-First Technology, and SaaS. This is mostly due to map data collection evolving from intermittent updates to continuous updates (by way of distributed networks, otherwise known as, mobile phones and volunteers), which has enabled maps to power the next wave of social connection through location gaming and experiential advertising.

Geofencing is a location-based service in which an app or other software uses GPS, RFID, Wi-Fi or cellular data to trigger a pre-programmed action when a mobile device or RFID tag enters or exits a virtual boundary set up around a geographical location, known as a geofence (A geofence is a boundary, or virtual perimeter, that is tied to a physical location.) The way in which a geofence is configured can prompt different actions between the mobile client and the consumer. Once the boundary is established it can then be used to “trigger workflows such as push notifications, advertisements, or order preparation.” At a foundational level, geofencing is a location-based service that organizations use to engage consumers with highly precise targeted advertising. These promotional materials are mostly placed on mobile devices and triggered when an authorized device enters or exits an area that is specified by the administrator or developer. In addition to advertising, geofencing is also used for tracking vehicles in the shipping industry or micro mobility.

The rising demand for location-based services (LBS) and increasing penetration of mobile devices are expected to support the growth of the geofencing market over the forecasted timeline. Researchers also project that the increasing demand from the retail industry for proximity-based promotion and marketing will accelerate the market growth to $1.7 billion by 2024.

When it comes to Augmented Reality and Location, there are currently two primary use cases: navigation and mobile gaming. As previously mentioned Snap and Facebook are investing heavily into this space because they believe that this technology will fuel the next wave of advertiser-spending (including additional budget for Virtual Reality & Simulation ad-placement) and represents the next transformational shift in personal computing. Now that we understand some of the drivers for AR-adoption, let’s turn to the technical underpinnings.

Localization is the process by which a device’s position and orientation are identified. One approach to localization is GPS, a satellite-based radio navigation system that measures the “delay of radio signals from multiple dedicated satellites to determine a precise location.” One of the challenges with GPS, however, is that in dense urban environments buildings interfere with visibility which can often lead to spottiness in the display of your position (displayed on consumer side) to the actual pin placement (response from the backend). Beyond some of the challenges with location-determination, GPS is also inefficient at identifying device-orientation. This makes it challenging to know which direction to go if you are in an unknown location. As a step forward, teams at Google (with suspected followers including Snap and Facebook) have begun to experiment with Visual Positioning System (VPS), a new approach to localization that leverages machine learning and camera-technology to identify the orientation of the device and, subsequently, the user.

From a technical perspective, VPS “determines the location of a device based on imagery rather than GPS signals” by using a technique known as feature extraction. More specifically, VPS compares features in the newly captured images with features in a VPS index and matches the two images upon meeting a specific feature-parity threshold. Investing into VPS offers Google two additional competitive edges: a passive source of data collection (mobilized through a network of unknowing consumers) and IP (from a data and algorithms perspective).

As of Q1 2020 mobile game downloads witnessed a 75% increase when compared to the previous year. With games like Pokemon GO, Dragon Quest Walk, Jurassic World Alive, Harry Potter: Wizards Unite, and more generating upwards of $4 billion in revenue since 2016 this new type of immersive experience offers consumers a novel way to interact with characters, storylines, and (most importantly) one another. Blending traditional technology services like GPS with game engines, designers have been able to create “hidden worlds hidden behind our everyday lives.”

The rise of location-based mobile games (and by extension fitness applications) has generated interest from game publishers and consumer-focused product companies (Tinder, Snap, and Facebook) alike. As the boundaries between gaming, media, and mapping blur, analysts project the global location-based entertainment market size to grow at a CAGR of 32.1% from 2019-2025. Even amidst the economic hardships as a result of the coronavirus pandemic faced by industries across every sector, the powerful underlying shifts in location-based technology offer consumers a way to move to a mixed reality - an enticing value proposition amidst the current cultural context.

One key theme for gaming, as a sector, is the move from intermittent play to a continuous form of entertainment. This was made possible from moving gaming infrastructure away from the desktop to the cloud, which enables designers to build beyond hardware constraints and create games that focus on cross play. This shift “lowered the barrier to entry for gaming, with a growing set of initially free-to-play games which later introduced locked levels, power-ups, or other paid privileges once players were hooked.” Beyond multiplayer gaming leading to social hubs of tightly networked communities and increasing opportunities for advertisers to engage in continuous forms of monetization, cloud gaming has also helped us recognize the overlap between world-building (in games) and world-mapping.

In addition to the application layer of games, the underlying tools made available to game designers and engineers within gaming have evolved over the years. Unity Technologies, for example, is a popular software development platform that has two target audiences: game developers and advertisers. While Unity Pro enables engineers to build 2D/3D games and applications, Unity’s ad platform helps advertisers reach over 2 billion devices and serve more than 23 million impressions per month. After filing to go public in 2020, we learned that revenue grew 42% year over year from 2018-2019 with operating losses of $150 million and approximately 31% of their revenue from advertising, respectively. While Unity competes with other game makers - their product lines demonstrate the convergence between game development, 3D content creation, location data, and advertising.

Fundamentally, maps are the UI solution to a data and search problem. While data continues to be complex to collect, process, and visualize, technical innovations by companies (Google, Facebook, Apple) as well as community movements (OpenStreetMap) have made it possible for maps to evolve. Once mapping and location data became broadly available, the data collection process shifted from static to real-time, which increased the amount and fidelity of location data. Improvements in hardware and cloud computing gave rise to maps-as-a-service and location-as-a-service, which made location and mapping easier to integrate into web and mobile applications. Since then advances in GPU-accelerated development have made it possible to model 3D environments at scale and have also allowed real time processing of spatial data. The next wave of innovation and the future of next generation mapping will reside at the intersection of mobile technology, AR/VR, wearables, advances in camera technology, computer vision algorithms, and simulation.